Power in the Pivot 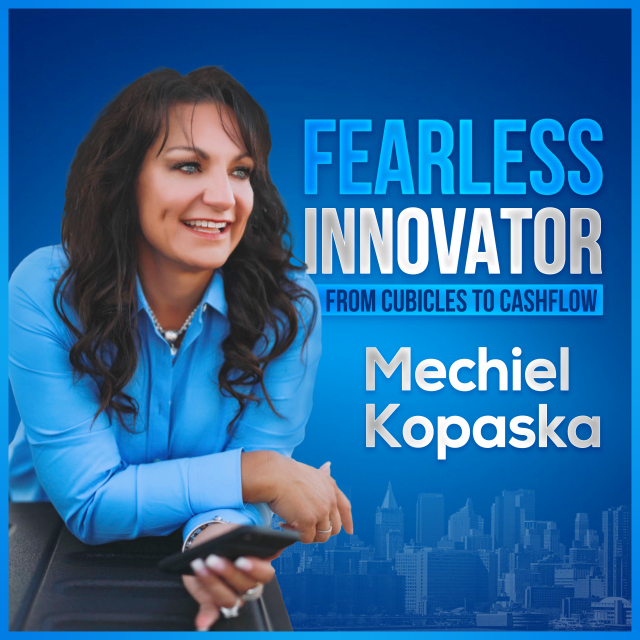 This week’s topic is there is Power in the pivot. What do I mean by that?

I first learned about pivoting when I played basketball in high school. I would pivot on my left foot allowing my right foot and my right dribbling hand to go in any direction I wanted. It’s much the same concept in business or anything you apply it to in your life. Everyday life is nothing but a bunch of pivots! Another way to think about it is “change” but NO one wants to hear that word. That word instills fear.

Perhaps, you decided right out of high school you wanted to go to college to become an Engineer but after a few semesters you felt getting your Computer Science degree was more favorable. You changed your focus and went down another path – that’s a pivot!

If you recall Andrea’s story in Episode 28 where she pivoted from being a 2nd Grade School teacher to now owning her own Staging business or Nicci in Episode 30 where she had to shut down her own business and became a real estate investor. These are 2 great examples of pivoting. I did the same thing when I quit my J.O.B. in 2017 to be a full-time real estate investor.

I worked for a technical company for 10 years and in those 10 years, I remember at least 3 pivots. First, we were a networking company, then they pivoted, and we became a consulting firm then we pivoted again and became a nationwide consulting firm and absorbed another company.

Why do we pivot? We pivot because we can see the new opportunity that’s in front of us. Or quite simply put, listen to your customers their feedback you receive is priceless. They will tell you what they expect from you. This will more than likely change your vision. When your vision is impacted for the better, of course, you will automatically pivot to meet the new expectation.

Typically, we get to choose whether we pivot or not, let’s talk about 2020. That was the year we didn’t get to choose our pivot and if you didn’t like change, boy you were in for a rude awakening. In Florida, we were on lock down for about 45 days. Well, I used to go to the gym every week and now I couldn’t. What did I do? The same thing a lot of other did, I hopped on my bicycle – yeah, the one without the throttle and I took to the trails. I was forced to learn a new language! I didn’t know how to wave at other bicyclists. I know that sounds weird, but they didn’t understand my “biker” wave, so I took to FB to figure out how to wave.

Many of you bought RV’s, ATV’s and spent a lot more time outside with your families.

What do most people fear in a pivot? The change itself! Well, in 2020 we had no choice and guess what? I believe it was a great change. It brought us all closer to each other and we started doing more things outside! I know some of you lost your J.O.B,’s – well it’s likely you didn’t even like that J.O.B. and now you can basically have any J.O.B. you want – so you should be much happier!

The point is, be open to all possibilities. Never shut a door before it’s even been open…investigate your options and choose wisely. The most effective teams or business owners adapt to change. I know a ton of people that hate change – well you’d better learn to accept it because it happens every day!

This just happened the other day, I got a phone call from one of my short-term rental guests. She gave me 2 pieces of advice. First off, I was thankful she took the time to call me one on one to share her concerns. 2 – I heeded her advice because it could have had a negative impact on my future guests.

Another thing to consider is when evaluating a new pivot – make sure it doesn’t require radical changes or makes you scrap work that you’ve already done, you should be moving forward not backwards.

Just this am I was listening to Darren Hardy – on his Darren Daily episode and he talked about the #1 Enemy to Your Success. It wasn’t difficult for me to figure out that he was referring to YOU. You are your number one enemy to success. You are where you are because you’re not doing anything to move forward.

I had another friend, just yesterday send me this saying:

“If you want 2022 to be YOUR year:  Don’t sit on the count and wait for it. Go out. Make a change. Smile more. Be excited. Do new things. Throw away what you’ve been cluttering. Unfollow negative people on social media. Go to bed early. Wake up early. Be fierce. Don’t gossip. Show more gratitude. Do things that challenge you. Be brave.

How many of those do you align with?

What are your fears? Fear of being successful?

Here’s something you may or may not know. Did you know that YouTube was originally created to be a video-Dating website 15 years ago? They were even paying women to submit their videos only women got smart and didn’t submit videos. YouTube ultimately pivoted due to the overwhelming feedback they received from their viewers and YouTube today is an online video sharing and social media platform. Wonder what would have happened if they didn’t pivot? My guess is someone else would have eventually come up with the same idea. YouTube gained the market share because of the pivot.

They pivoted because they hit a roadblock. That roadblock led to another opportunity. That opportunity presented room for growth. That’s the secret recipe.

Not all pivots are caused by roadblocks. Some pivots are created out of shear drive and vision.

My next adventure in real estate is a path, quite honestly, I’ve never been down. But remember, when I started in real estate, I had no idea what I was doing, and my list of accomplishments are more than most.

My next adventure is going to marry my experiences of growing up on farm, with my Project Management day’s and with Real Estate. I’m planning on developing an RV park. I’ve wanted to do it for years. I’ve been researching this now for a couple of years. I’ve looked at several parks in Florida and outside Florida. I’ve narrowed down the type of park and how I want it to operate, etc. I know that when the timing is right, it will happen. I won’t be disappointed if a deal falls through, that just means that I’ve learned more for the next time. I also know that I will have the most talented people working with me and the Business Plan will be well thought out for Angle Investors in the deal.

I like to think about things this way -if someone before you has already done what you want to do, you can do it too!   Even if it’s not, still do it!

I’ve pivoted from being a landlord, to owning commercial property to Short Term Rentals and now developing an RV park.

What’s the reason for my pivots? First, I love every aspect of real estate but most importantly I learn something new every day! I love learning! Which is why my sister thinks I’m smart – I’m only smart because I love learning – it didn’t come naturally, but don’t tell her that!

So, ask yourself, are you ready to make a pivot in your life?? I would encourage you to do so!

I’m also interested in learning anything I can about developing an RV park – if you know someone that has done this and they can share their journey with me, I’d like to talk with him and perhaps interview them for one of my next episodes.

If you’re interested reach out to me at info@fearlessinnovator.com.